Flying Officers Cup 2021: We are heading in the right direction despite loss to FC Robo 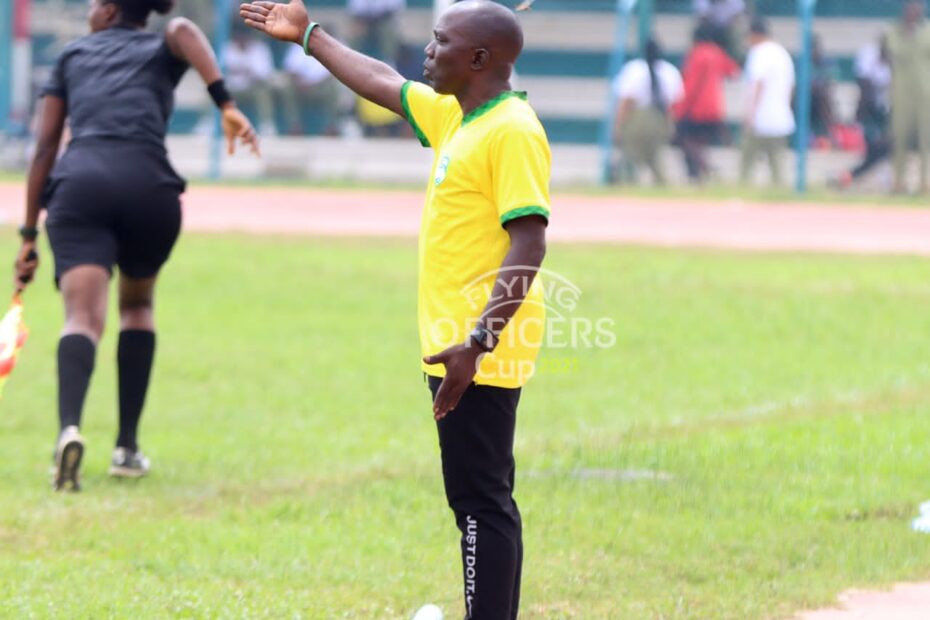 After a 2-0 defeat to FC Robo Queens which effectively ended Naija Ratels FC participation at the 2021 Flying Officers Cup, coach of the Naija Ratels, Bankole Olowookeere is looking ahead of the tournament with the aim of improving his team ahead of the 2021/2022 Nigeria Women Football League (NWFL) Premiership season.

The experienced Manager believes he is heading towards the right direction with his squad and promise to continue assessing the squad and making them stronger.

“It wasn’t a bad game for the team. We tried our best to get the desired result but the best side won the game. FC Robo Queens deserve the victory. We just have to work more because that is the major reason for pre season tournaments.

“It’s so clear and glaring that our attack have not been converting their chances that we have to work on.”

Naija Ratels FC finished fourth in the last edition of the Flying Officers Cup with eight teams and have now bowed out of the 2021 edition with 16 teams at the quarter final stage.

Coach Olowookeere is of the view that the most important thing was the fact that his team maintained its status quo without dropping while also highlighting what he needs to work on ahead of 2021/2022 NWFL Premiership season.

He said: “If we do the Mathematics which is not common in football but part of it, it’s still the same position for us because if we had played this tournament with eight teams we would have qualified for the semi final. We now have 16 teams. It’s important for us that we didn’t drop but maintain our status quo. If the team had converted their chances, we would have been contesting for the final but it is an issue in which we have to take a wholistic look at ahead of next season in the NWFL Premiership.”

Next season will be Naija Ratels FC’s maiden season in the top flight NWFL Premiership after gaining promotion from second tier NWFL Championship this year alongside Adamawa Queens.