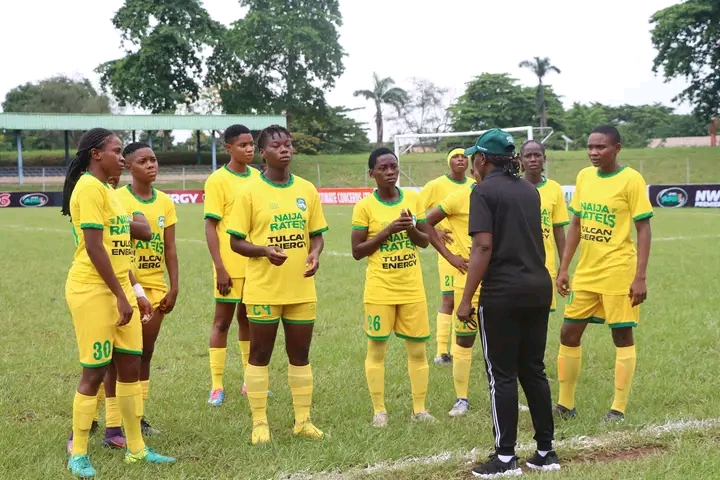 The clubs are Naija Ratels Football Club of Abuja and the new Champions, Bayelsa Queens FC of Yenagoa, whose Chairmen were hit the  disciplinary actions.

In case of Naija Ratels, the letter addressed to the club Chairman, Barrister Edeh, and signed by the Chief Operating Officer of the NWFL, Modupe Shabi, the Women’s league board, stated that: “We kindly refer you to the Match No. 2 between Nasarawa Amazons FC and Naija Ratels FC, scheduled for the 16th  May, 2022 in Benin City, Edo State. You will recall that your club failed to wear the Tulcan Energy branded jerseys even though the other participating teams agreed to wear the sponsors jersey. This single action by Naija Ratels FC almost brought the game to disrepute and the credibility of the league into question.”

In view of the above, Naija Ratels FC contravened the NWFL Statutes on Sponsorship, in Articles 7.8, 7.9, 7.10.
And consequent upon these, Article 23.2.2 says:” Any club owner/official that brings the game into disrepute or ridicule the NWFL in public through utterances, misconduct, communication or any form of communication will be sanctioned with the payment of the sum of (N2,000,000) Two million naira, and three months suspension.”
Thus, the Naija Ratels Chairman, Barrister Paul Edeh, is fined the sum of (N2,000,000) Two million naira.

The NWFL Chief Operating Officer, Modupe Shabi, however noted that, the league board has however waived the three months suspension after the club chairman apologised for his deed.

While in the case of Bayelsa Queens, the eventual champions, the club chairman, Mr. Robin Aprela, was sanctioned for ridiculing the NWFL in public through his utterances.

The letter from the NWFL C.O.O reads: ” We refer you to the incident before the kick off of the Super Six, ahead of the match between Bayelsa Queens and Rivers Angels held in Benin City, where you made some disparaging comments about the Nigeria Women Football League and also accused the Chairperson ( Madam Aisha Falode) of manipulating to favour certain club.
“The action of the Bayelsa Queens FC Chairman almost brought the game to disrepute and credibility of the league to question, which contravened the following Articles 23.1 ; “Players, club officials and every person involved in the league shall at all times act in the best interest of the game and comply with the principles of fair play, sportsmanship, the rules and regulations governing the league and not act ( whether through words, conducts or behavior) in a manner capable of bringing the game into disrepute ; failure of which constitutes misconduct and a breach of the league rules.
*23.2.2 reads* : Any club owner / official that brings the game into disrepute or ridicule the NWFL in public through utterances, misconduct, communication or any form of communication will be sanctioned with the sum of (N2,000,000) Two million naira, and three months suspension.
“Consequently, your club (Bayelsa Queens) has been fined the sum of (N2,000,000) Two million naira only for bringing the game to disrepute and ridiculing the NWFL in public. We believe this fine will serve as deterrent and strong warning to Bayelsa Queens FC”