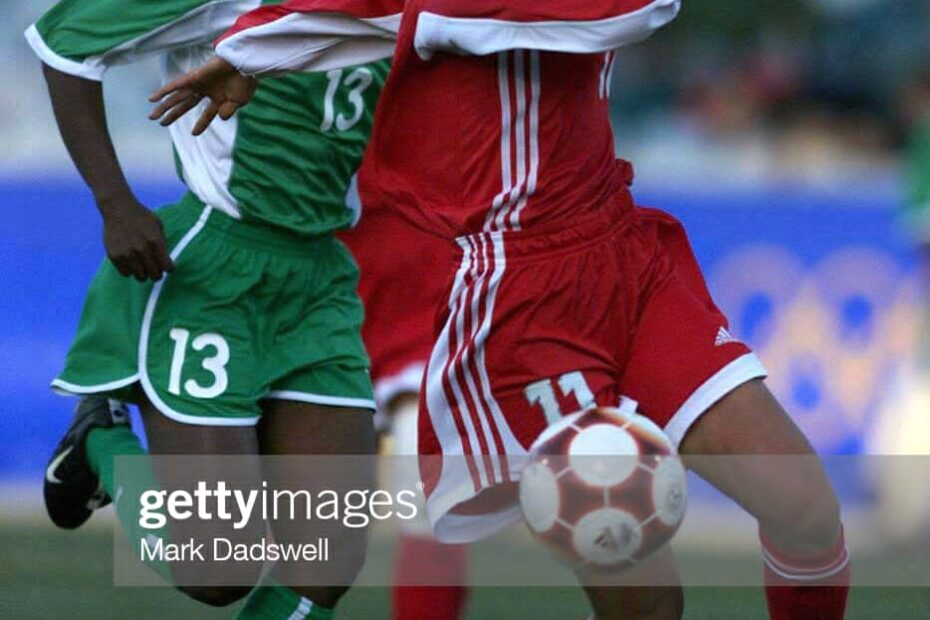 It has been a refreshing moment for the first captain of the Super Falcons of Nigeria Nkiru Okosieme right here in Benin city enjoying the moment at the Betsy Obaseki women football tournament.
She spent some time exclusively with tobexmedia.com to share some truths and facts about her self and family.
Take time to read through the exploits of a committed Nigerian footballer that was born into a football family.

Nkiru is the daughter of Cyril Okosieme, the first goalkeeper of Enugu Rangers who later played for Vipers of Benin known as Bendel Insurance now.

She is the younger sister of Ndubuisi Okosieme, former flying Eagles and Green Eagles winger.

She scored three goals at the 1999 world cup which helped the Falcons to the quarter final finish. It remains the Falcons best performance at the FIFA World Cup.

She is an alumna of King University in Bristol, Tennessee and Clayton State university Morrow, Georgia.

She bagged Bsc in Information Technology and Masters in Health care from Clayton State University.

She has qualified as a coach, obtained the A, B and Coaching Licenses from the United States Soccer Federation as the regional and national goalkeeping coaching Licenses.

She was an Assistant Coach with Clayton State University for Five years.

She is presently a registered coach with the US Club Soccer and Georgia State Soccer.

She presently coaches players from U14 to club level.