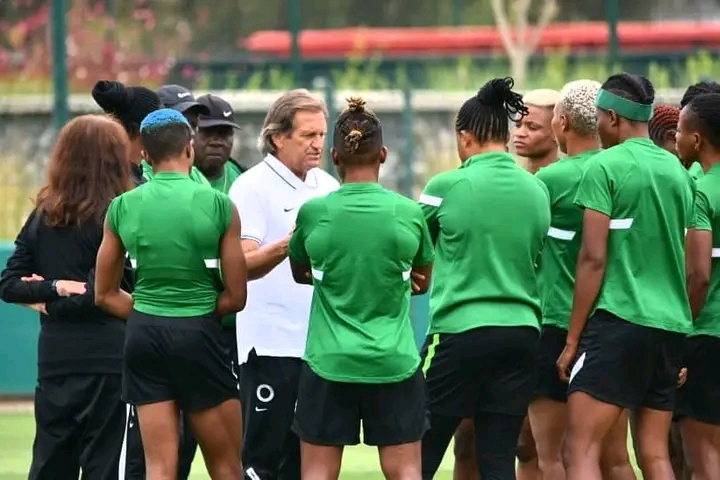 Super Falcons Head Coach, Randy Waldrum has insisted that the present team representing Nigeria at the 2022 WAFCON in Morocco is filled with a lot of exceptional talents.

The American Coach was answering questions from journalists ahead of their third group game against the ‘Swallows’ of Burundi on Sunday evening.

Waldrum, whose side has three points from two games, says he has been impressed with the team’s huge depth of talents and expects more against the Burundians.

‘No doubt, we have a lot of great talents in the squad. In the last game against Botswana, we saw Christy Ucheibe coming in to make a lot of difference. We do have a lot of options, Gift Monday also did brilliantly, and so was Macleans, Otu, and the rest.

“All the players in the team are capable of starting, and subsequently, they would get more time to play more.”

The Super Falcons will face the ‘Swallows’ of Burundi on Sunday evening, in what is their last game of the group phase.