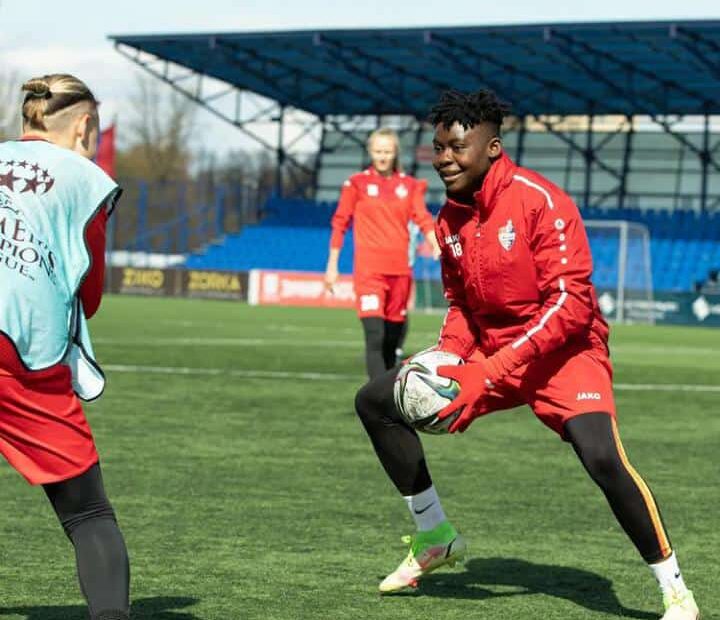 Super Falcons Regina Otu is optimistic of out right victory for the Super Falcons in the forth coming Women’s African Cup Of Nations in Morocco.
” As the team prepares for WAFCON, all eyes will be on the Super Falcons first as the defending Champions and secondly all opposition will want to defeat the Falcons to create an upset however I believe we are ready for the task ahead to shrug off all opposition”. She stated.

Otu who plies her trade in the Belarus Elite women’s league with Minsk also wants to maintain fitness so as to be a part of the team as the 9th African Champions gears up in defending the title and winning a 10th time.

” I am happy that I have gradually integrated myself into the team during the Aisha Buhari invitational tournament and with other qualifying matches I played.
I am in a good shape and I have started the season with Minsk excellently with a player of the match award in the kitty and an assist”.She concluded.

The women African Cup Of Nations is scheduled to hold in Morocco in the month of July.
Nigeria is in Group C to tackle South Africa, Burundi and Botswana in Rabat.