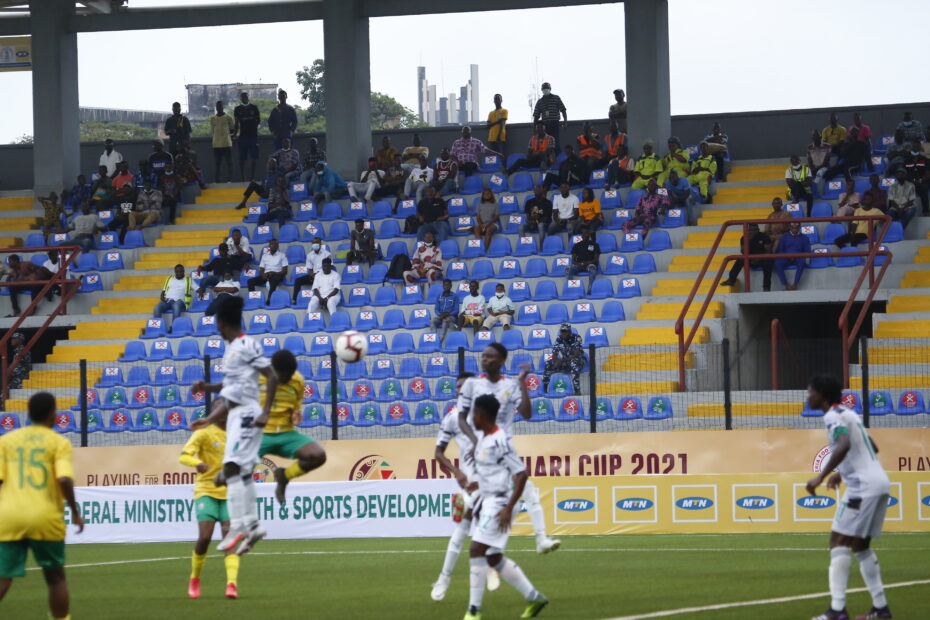 Two penalties and an own goal by defender Michelle Alozie conspired to hand South Africa’s Banyana Banyana victory over the Super Falcons in the final match of the maiden edition of Aisha Buhari Invitational Tournament at the Mobolaji Johnson Arena, Lagos on Tuesday.

The incidences of penalties and own goal should take nothing away from the efficiency of the Banyana, beaten to the African title by the Falcons only after penalty shoot-out in Accra in 2018.

As a measure of the outright domination of their 2018 conquerors, the efficacious Thembi Kgatlana was not even among the goals. She worked hard on the wings and everywhere else taunting the Nigerian rear-guard but Linda Motlhalo, Gabriela Salgado and Mamello Makhabane were the scorers after Alozie’s clanger.

Youthful, skilful and ambitious, the Banyana looked like they could score with every onslaught on the Nigerian goal, and it took the introduction of four younger players into the Nigerian squad at the start of the second period for the fans to have something to cheer about their own team.

Kgatlana, with her pace, guile and invention, and Jane Refiloe, Melinda Kgadiete and Hildah Magaia left the nine-time African champions the worse for wear after a horrendous 45 minutes at the MJA.

The bright lights for Nigeria as the climate became overcast in the second half were Gift Monday, Opeyemi Sunday and Vivian Ikechukwu, who all came into the game after half time and underscored boldly what youth might be able to speak to that the old guard might not.

Ikechukwu, like a house on fire, fought for every ball across the park, turned in a sweet cross by fellow substitute Gift Monday only two minutes into the second period to give Nigeria some hope, and crashed a vicious shot into the top corner of goalkeeper Kaylin Swart’s goal in the 53rd minute as the arena rumbled.

The new blood swept on the South African goal several times and showed hunger, great ball sense and sense of purpose, but the equalizer would not come. Instead, South Africa got a second penalty after Gloria Ogbonna tripped Motlhalo in the box with five minutes left. Makhabane made no mistake from six yards.

Victory meant South Africa emerged the best team of the tournament, and a statement was made that Nigeria should henceforth put her fate in the hands of young and glory-hungry players who still have much to look forward to.

Onyema shells out another N20million

President of Air Peace Airline, Barrister Allen Onyema was not dismayed by the lashing received by the Super Falcons in the hands of South Africa’s Banyana Banyana at the Mobolaji Johnson Arena on Tuesday.

It would be recalled that Barrister Onyema, whose company became the Official Airline of the Nigeria National Teams following a contract agreement signed earlier this month, motivated the Super Eagles with the sum of N20million to win their FIFA World Cup Qatar 2022 qualifier against Cape Verde in Mindelo. He promptly redeemed the pledge on the team’s arrival after their victory.

The Super Falcons lost the final match of the Aisha Buhari Invitational Tournament 2-4 to South Africa’s Banyana Banyana, but it was a good lesson for Nigeria to set store by her young brood.