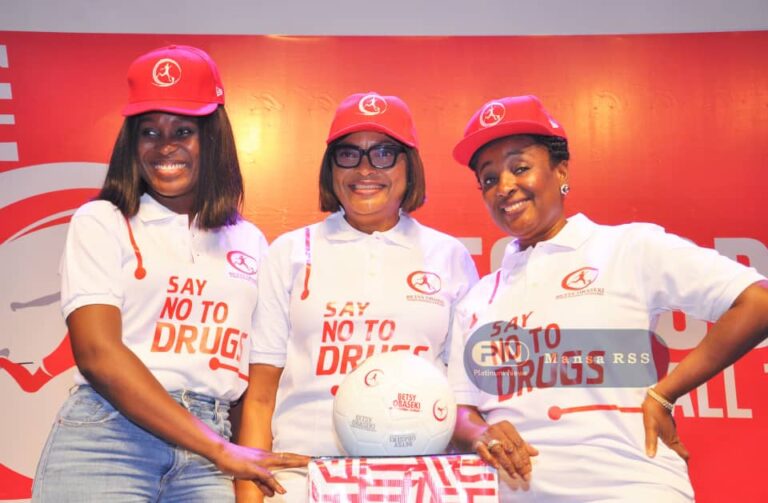 The Edo State First Lady, Mrs. Betsy Obaseki, has said the state will on September 15, 2022, hold a workshop to sensitize students and other youths in the state on the dangers of drug abuse, as part of activities lined up for this year’s edition of the Betsy Obaseki Women Football Tournament (BOWFT).

The second edition of the competition, scheduled to run between Wednesday, September 7, 2022 and Saturday, September 17, 2022, is focused on driving the government’s campaign against drug abuse.

Betsy Obaseki, while addressing sport journalists and editors at an interactive session at the Government House, Benin City, said the yearly tournament was borne out of the desire to check social vices among the girl-child in the state.

She noted that Edo State used to be the epicenter of human trafficking and illegal migration, adding that the first edition of the competition achieved its goal of further complementing the government’s efforts at tackling the menace.

Betsy Obaseki said, “Faced with trafficking of about 60 percent of our girls, we decided to do something to save the situation. We housed and trained the returnees in different areas, ensuring that they are equipped with requisite skills to live fulfilled lives. We looked at other areas to support the girls and this gave birth to this tournament.

“The tournament has created the opportunity for our young girls to develop skills and career for themselves in football. We are focusing this year on drug abuse as it has become a menace in our society, state and country at large. We are encouraging our girls to choose a career path in football.”

The Edo First Lady added, “the National Drug Law Enforcement Agency (NDLEA) Chairman, Alhaji Buba Mawa has agreed to be in Edo State for the drug seminar which will take place on the 15th of September 2022; a day set aside for the teams to rest. We are expecting 1,500 students across the state to attend the seminar.”

Reassuring on the sustainability of the yearly tournament, Mrs. Obaseki said, “The tournament is not government-funded but a private sector-funded project. We have private sponsors to ensure that the game continues after the Obaseki-led administration. We have a board of trustees of about nine Edo sons and daughters.”

On his part, Edo State Chairman of the Nigerian Union of Journalists (NUJ), Festus Alenkhe, commended the first lady for the noble initiative, reassuring the support of journalists to ensure the success of the tournament.

He also commended the governor’s wife for being a shinning light and role model to other First Ladies in the country.