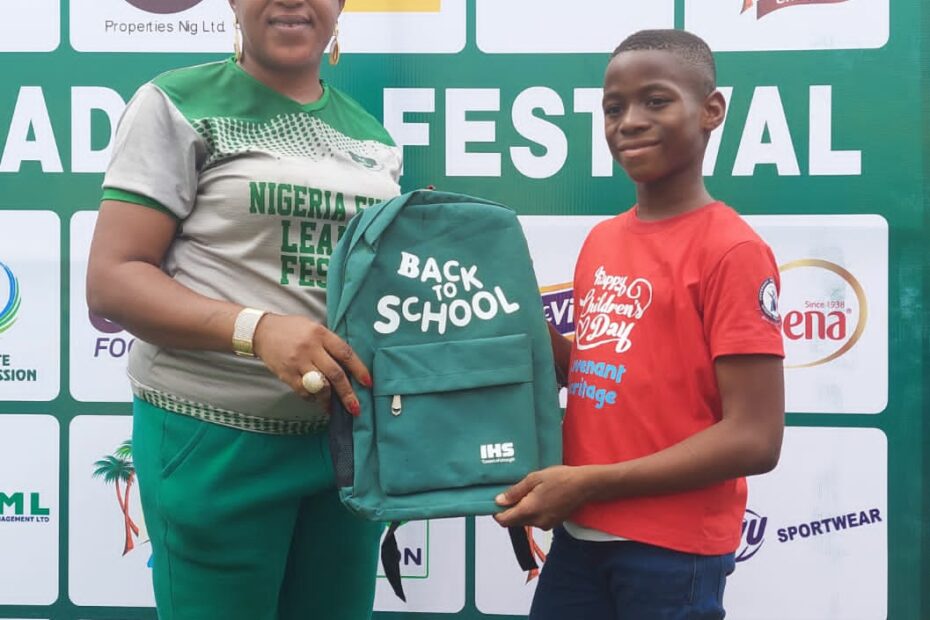 The Convener of Nigeria’ Future Leaders Festival Mrs Shade Ojo Falokun was excited and also encouraged by the success of the 2022 edition of the Festival held at the Teslim Balogun Stadium on the 27th of March 2022.
It was the 7th Edition of the Festival. An annual event specially set aside for children to enjoy themselves and inculcate the core values of the society at the same time.

” I am a Product of Public School, it has come to my notice that public schools don’t really celebrate children’s day..
I still savour the good experiences I had then.
I spoke with the ministry of Education as regards doing something special for kids in both public and private schools via the Festival and I got the nod”.

She further explained that this year’s theme was carefully selected to bring to the consciousness of children that they can actually stand up for themselves no matter their circumstance.
The major antidote is the ability to speak up.

” We also have Bullies in football, it exists in all Spheres of life.
We need to stand up for ourselves and say no to Bullying in whatever form. We need to look out for such traces especially when these players are still young In the various football academys, youth clubs and School teams.
The need to investigate and trace what is really instigating such acts of torments must be investigated.

Shade in a final note advised parents not to be too harsh on their kids so that they can be friends with them and Open up when the need arises.

Mrs Shade Falokun once worked with the Lagos State Football Association and is also a licensed match Commissioner. She was active in the recently concluded NWFL Super Six in Benin City that Produced Bayelsa Queens as Champions.