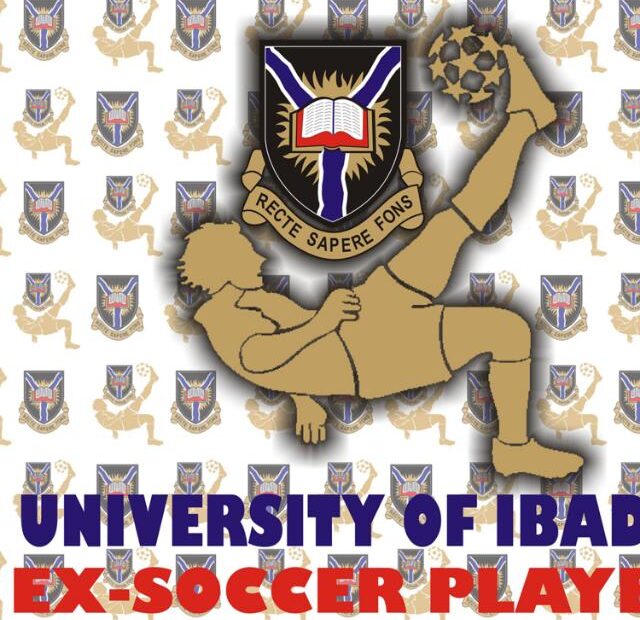 The Premier University in country, the University of Ibadan will on Saturday, 18th day of December, 2021, play host to the Ex-Footballers of the citadel of learning at the 7th Annual Reunion of the Association.

In a statement signed by the Association’s Public Relations Officer, Henry Duru, he said that all is now set for the annual Reunion of the Association, which will among other things include a Football tournament among the ex-players in the morning at the University of Ibadan New stadium. There will also be a Get-together Dinner Party in the evening at the Trenchard Hall of the University.

The image maker further stated that the Vice-Chancellor of the Premier University Professor Kayode Adebowale will perform the ceremonial kick off of the mini Football tournament.

He said that the Reunion event will also be used to Honour the retiring Director of Sports of the University, Dr Abiodun Salami, who has been a father figure to most of the Footballers that passed through the institution. Other individuals will also be given awards at the dinner.

Meanwhile, both the Team Manager and Chief Coach of the Shooting Stars Sports Club, Dimeji Lawal and Edith Agoye have regretted their inability to attend the Réunion program which they are an integral part.

The two former Ex-internationals said the Reunion coincides with the Match Day 1 of the 2021 /2022 Nigerian Professional Football League (NPFL) season. 3SC are already in Gombe to battle Gombe United.

In a message to the Association, the duo said “In as much as we should have loved to be a part of the Reunion event, we also owe it a duty to pilot the affairs of 3SC in the Premiership in far away Gombe. We are totally with our mates in spirit and also seek for their prayers for 3SC in the new season” they concluded.