Morocco 2022: Halimat Ayinde ‘Ecstatic’ To Be Back In Action After Injury Layoff 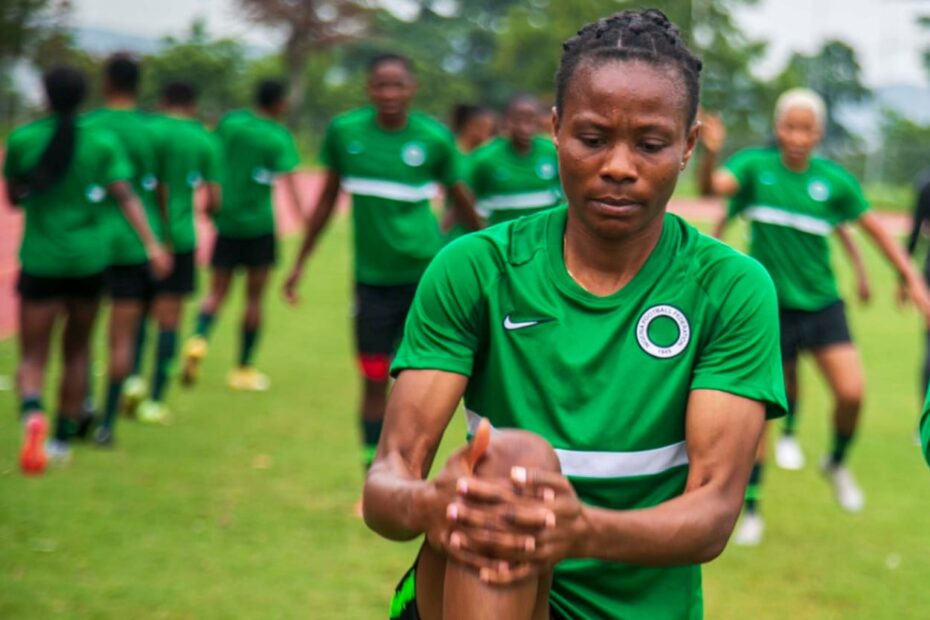 Super Falcons Midfielder, Halimatu Ayinde says she is happy to be back to the squad, after being out for almost a year, due to injury.

“I feel so happy to be back with the team,” Ayinde said. “I must thank the players and every member of the Super Falcons for the lovely welcome they gave me. It really helped me to feel good on the pitch and want to do more.

Ayinde suffered an injury in May of 2021, during a game for her Swedish Club Eskilstuna United DFF, and missed out on some tourneys the Super Falcons participated in, including the Summer Series in Texas and the Aisha Buhari Cup. The 2021 Eskilstuna United player of the season described her experience and what it looks like to be out for a whole year.

“It was a difficult time for me as a player, and it helped me to grow stronger and more hungrier for success.

“Now, I am focused on doing better in Morocco and helping my team to win the Competition for the 10th time and also qualify for the World Cup in the process. This are my aims for now and I know we can achieve it, together as a team, because we are really working so hard to get the job done.” She concluded.

The Super Falcons are defending Champions of the Women’s African Cup Of Nations and will be defending the title in Morocco later next month.